Mortgage rates jumped quickly today after Q&A session with Federal Reserve Chair Jerome Powell. What did he say to cause such drama? Actually, it’s more about what he didn’t say. For some reason, market participants were expecting (or at least hoping) that Powell would say something to address the recent run-up in longer term rates. Some commentary went so far as to suggest the Fed would suddenly have a change of heart about a tweak to its bond buying program that it just went to some effort to distance itself from in recent months. The tweak in question is most widely known as “operation twist. ” It consists of the Fed selling some of its shorter maturity bonds and replacing them with longer maturities. The net effect is downward pressure on longer-term rates like mortgages and 10yr Treasury…(read more)

Forward this article via email:  Send a copy of this story to someone you know that may want to read it. 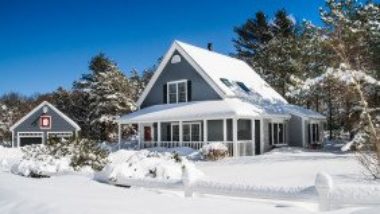